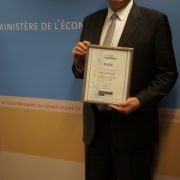 Indeed, the certification of the first PSDC (Provider of Digitisation and Conservation Services), concretises the implementation of the law of the 25th of July 2015 on electronic archiving, and the establishment of the digital trust chain, which extends from the European Union to the holder of information, through the Luxembourg State and the third-party archiver.

As a third-party archiver for 40 years in Luxembourg, Labgroup had to prepare itself for the future by initiating its digital transformation in the early years of the 21st century. The strategy aimed to be the leading edge in the evolution towards a paperless society (or, in the medium term, with less paper). In parallel with investing in a state-of-the-art, highly protected storage and archiving infrastructure, Labgroup has developed a comprehensive and continuously improved Information Security Management System (ISMS). 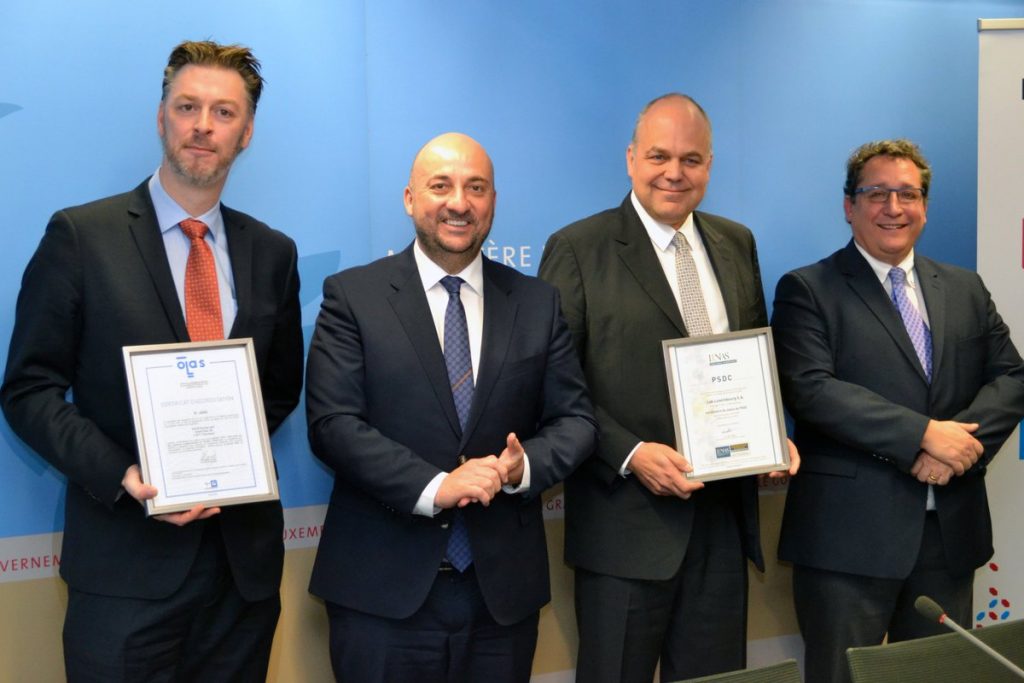 As the first candidate, Labgroup was logically the first company whose processes and procedures conformed to the requirements of the PSDC standard, Labgroup was audited in November 2016. Following the positive verdict of the certifying body, ILNAS placed Labgroup on the list of legal persons with the status of PSDC under the number 2016/9/001 and implemented immediate supervision for which the institute is responsible.

This achievement, on the 40th year anniversary of the company’s creation, marks the beginning of a new era of growth for Labgroup!

Whether as a consumer or a company, we archive information to be able to (well) defend our own interests in the future, for example, our health in the case of medical data.

Since three millennia, the archiving of the writings is inseparable from its paper support. However, technological advances now make it possible to perform native electronic records, such as purchasing on an e-commerce site, and to dematerialise paper documents, such as signed contracts in a handwritten manner.

The legislator has considered these advances by creating a legal framework that anticipates and supports the irresistible digitisation of our society. The law of 25th of July 2015 on electronic archiving therefore recognises the probative value of electronic copies of paper documents produced by a PSDC certified company to respect all the conditions of strict fidelity to the original and, moreover, the presumption of conformity with the original.

In either case, Labgroup will proceed as required by the law and as schematised here below.

In order to strengthen citizens’ digital trust, the law stipulates that PSDC’s must provide its clients with a well-documented prior information package before the signing of any service contract. This documentation must be kept available by Labgroup.

Electronic archiving, an opportunity for Luxembourg

The French and Belgian judges will therefore find, in the certified conformity of the PSDC in Luxembourg, objective reasons to rule favourably on the reliability of the digital copy.

Scheme of the digitisation PSDC process by Labgroup

Lab Luxembourg SA (Labgroup) is the first PSDC to be certified in Luxembour...

Article Chronicle.lu – Luxembourg Pioneers Electronic Archiving Services...
Scroll to top
This site uses cookies and other tracking technologies to assist with navigation and your ability to provide feedback, analyse your use of our services and assist with our promotional and marketing efforts. Accept Read More
Privacy & Cookies Policy
Necessary Always Enabled