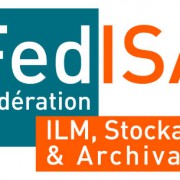 Discover the article on electronic archiving, released the 18th of September 2015, by the “Luxemburger Wort”.

The ideal of running a business without the use of any paper has gone one step forward by the adoption of a law which introduces a new e-archiving legal framework in Luxembourg. The law of the 25th July 2015 acknowledges, under defined rules, the same legal value of electronic documents than paper documents. Digitized documents and copies will benefit from a legal presumption of conformity without any legal risk for the company if the paper document no longer exists.

The association FedISA organised Thursday evening an event that brought together specialized service providers with over 150 potential customers. The new law creates the PSDC status (Digitalization and Archiving Service). If the service provider comply with technical regulation requirements, the Luxembourg Institute of Standardisation, Accreditation, Safety and Quality of Products and Services (ILNAS) delivers this PSDC status.

The Director of FedISA, Lucas Colet, expects three to four companies that will consider to adopt the PSDC status. Three of them were present on the event: Numen, a French group which is situated in Howald, Labgroup which is located in Contern and Vectis. Labgroup and Vectis collaborate with big international names like Xerox or Fujitsu. International Groups that operates in Luxembourg or banks could also be interested in adopting the PSDC status instead of using an external service. However the costs to become a PSDC are enormous. Labgroup has already invested several hundreds of thousand euros.

What about the legal value?

The success of the electronic archiving depends on one question: Will a foreign judge acknowledge the legal value of an electronic document? The lawyer Cyril Pierre-Beausse which has been a part in the creation of the law, is optimistic. The law is based on the international standards of ISO 27001 which concerns the information security. Furthermore, a new EU-regulation “eIDAS” will arrive in July 2016 that oblige judges in the EU to no longer refuse electronic documents as evidence. According to Jean Racine, Manager at Labgroup, the new law in Luxembourg on the electronic archiving in conjunction with the EU-regulation offer important guarantees.

Luxembourg is the “first mover” on making the paper document and the electronic document equivalent. This pioneering role can be advantageous. It could make the country more attractive and competitive. International companies could be interested to move their headquarters to Luxembourg. According to experts, the neighbouring countries are also interested to change the law in the favour of the electronic archiving.

The change for a company to adopt the electronic archiving is difficult. Cyril Pierre-Beausse however highlights that the adoption will help to be prepared for the new EU Data Protection Reform Strategy. Companies have to destroy all of their documents which at the exact moment when they are no longer been used. In an electronic archiving system, this process can be automated.

To consult the FRENCH version of the text, please download the PDF file here attached.

Labgroup and NG Partners/Xerox mobilise their combined expertise to...
Scroll to top
This site uses cookies and other tracking technologies to assist with navigation and your ability to provide feedback, analyse your use of our services and assist with our promotional and marketing efforts. Accept Read More
Privacy & Cookies Policy
Necessary Always Enabled